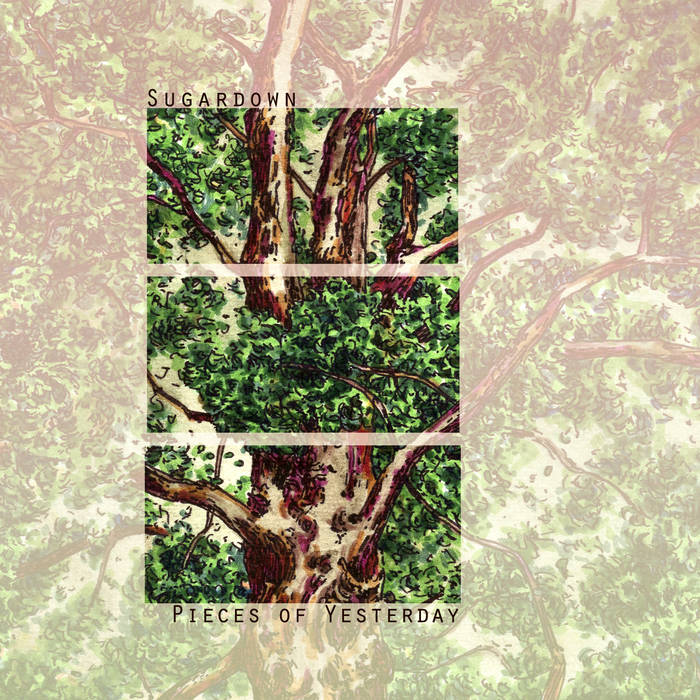 When it came time to record his new album, 'Pieces of Yesterday' by Sugardown, Brooklyn-based filmmaker and Paper Swan co-founder Jason Zucker had the idea to feature different singers on each song. Perhaps he had grown tired of his own singing voice, or perhaps he just wanted to showcase the incredible voices of some of his friends. Either way, he is quite happy he made the decision.

Jason says, "What is it that makes this project so special to me? Easy... the people involved. I got to collaborate with incredible artists and musicians, all of whom also happen to be my best friends. Over the years I have learned so much from them, and that is why I wanted nothing more than to have them contribute to this project. I didn't want it to be about just me and my guitar, and I'm so happy I made that decision."

The album features 5 songs, each with a different vocalist: Jason sings on "Hand in Hand," Drew Citron on "Fade Away," Travis Stewart on "Into the Woods," Greg Cahn on "Booze," and Bailey Rayne on "Trucker."

Drew is a part of the band AVAN LAVA, Travis and Bailey are two-thirds of Free Advice, and Greg is in the band Mind the Gap.

The album art was drawn by the incredibly talented Vianney Paul. The front and back cover design was done by Lauren Elizabeth Thompson. The album text was handwritten by Bailey Rayne.

Bandcamp Daily  your guide to the world of Bandcamp